On a recent Sunday morning, the family and I had the pleasure of going to see Vancouver’s Will Stroet in concert. Now to be perfectly honest, it was with great trepidation and fear that I entered into this outing. My boys are now four and six and I have finally exorcised the house of the Wiggles and Sharon, Lois and Bram. It makes me happy when my kids ask to listen to the Beatles or Coldplay or Van Morrisson, anything other than kids music please! But as parents, we have to just suck it up sometimes because let’s face it, little people love “Skinnamarinky Dink” even if it makes you want to get on a plane for Rome.

So there we were out at the beautiful Assembly Hall in Colonel Sam Smith Park right on the lake in Etobicoke. It was a gorgeous bright day and the sun was streaming in the tall windows. Venue is very important when seeing kids music live. Seating here was good and there was room to dance around in the seats for those kids too shy to hit the large dance floor in front of the stage. There were plentiful, clean washrooms and lots of parking.

The audience was packed with loads of kids mostly aged around three and four and moms and dads. My kids were also thrilled to see that Patty Sullivan, one of the hosts of CBC Kids was there with her girls. Will is a familiar performer on CBC Kids, performing Will’s Jams.

The Band Hits the Stage

After a half an hour of Will’s music videos up on a screen – 15 minutes too long for all the squirmy worms in the audience – Will and his band hit the stage. They opened with “Chuggada Choo”, which, I am pleased to say, had a fantastic rockabilly beat to it. All the kids in the audience, ready to bounce off the walls by now, happily hit the dance floor in front of the stage. They didn’t stop until the kids music let up 40 minutes later. Songs like “Hygiene and Eugene”, “Bike Safety Boogie”, “Hoppin’ up and Down”, “Full of Beans” and “I Wanna Dance” all combined easy to sing lyrics and easy to copy movements for the kids. As a bonus for the moms and dads, the music itself was really good. Will himself was charming and the kids took to him like they’d known him all their lives. Will was a teacher and is a dad himself so performing for kids is nothing new to him.

Your Feet Will Be Tapping to this Kids Music

Will and his kids music have that great ability to entertain kids and adults, while at the same time helping us to harness our inner children. I recommend you check out Will Stroet and his band next time they are in your town. There will be a beat to keep your foot tapping, and the kids going bananas and dancing all over the place will put smiles on everyone’s faces.

Want to check out Will online? All of his music can be heard here: www.willmusic.ca/music. 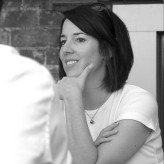 Rebecca is a Toronto born and bred mom of two young boys. She is always exploring the city looking for fun things to do, eat and see with them, without losing her sanity or breaking the bank. She blogs at Brain-Dead Mom.