After my kids were born, I certainly didn’t want to spend hours singing Baa, Baa Black Sheep and Rock a Bye Baby (which really isn’t very pleasant when you actually listen to the lyrics). Luckily, I discovered Rainbow Songs, and my kids and I have been taking their music classes for years. Creator Mike Whitla, a university-educated and classically trained musician, believes in making exceptional music for children combining music, movement and language.

Designed to stimulate children’s bodies and minds, every class uses a holistic approach accessible to all learners: visual, auditory and kinesthetic. Warm, talented and professional instructors, trained according to the Rainbow Songs philosophy, strum their guitars to tunes composed by the Rainbow Music staff of amazing musicians. Some of their incredible children’s songs include: Elephants Have Wrinkles, an award winning song that is also the title of one of Rainbow Songs many CDs,, Hands Together, Hands Apart and my kids’ favourite The Tickle Song.

Every week, the instructors introduce a variety of world instruments, such as the Nepalese singing bowl and classic maracas, with an explanation of their origin and use. Colourful parachutes, songs that have us all dancing, cool music from the Beatles to Bob Marley, making music together with my kids is one of my favourite times in the week. And even though the songs and energy are constant, there is always time to bond. We all feel silly at first singing at the top of our lungs and banging tambourines, but by the second class, we’re all into it. And we moms certainly appreciate the chance for some social interaction in our neighbourhood.

Not only does Rainbow songs offer music classes at 17 locations across the GTA, they also have an online music store to purchase many of the intruments used in the classes, CDs that make long car rides bearable and the ever popular rock opera DinoStory,”The Ultimate Dinosaur Rock Opera”. And if you’re hunting for a great birthday party for your kids, for a fairly reasonable price, you can have a music class in your own home.

Music classes range from the littlest infant to five years old. The intructors are always patient as the tiny ones crawl everywhere, grab at their guitars and refuse to give back the instruments they are lovingly holding in their little hands. The kids are always stimulated and entertained because the instructors keep the action moving. And nobody blinks an eye when someone makes a break for the door.

Rainbow Songs is a fantastic music class for children, but they are also dedicated to providing music to families who might not be able to otherwise afford it. The Rainbow Songs Foundation holds a variety of benefit concerts to raise donations for family shelters across Toronto. If you want a great activity to develop your kids’ minds and meet some wonderful people in your neighbourhood, check out Rainbow Songs and make beautiful music together. 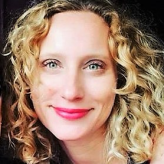